Webdamlog and the management of distributed knowledge

Abstract : We consider challenges faced by everyday Web users, who interact with inherently

heterogeneous and distributed information. We see the Web as a knowledge base consisting of distributed logical facts and rules. Our objective is to enable automated reasoning over this knowledge base, ultimately improving the quality of service and of data. For this, we use Webdamlog, a Datalog-style language with rule delegation. We also mention recent work on the specification of an access control mechanism in such an environment. We discuss a fine-grained access control mechanism for intentional data based on provenance as well as a control mechanism for delegation, i.e., for deploying rules at remote peers.

Bio: Serge Abiteboul obtained his Ph.D. from the University of Southern California, and a State Doctoral Thesis from the University of Paris-Sud. He has been a researcher at the Institut National de Recherche en Informatique et Automatique since 1982 and is now Distinguished Affiliated Professor at Ecole Normale Supérieure de Cachan. He was a Lecturer at the École Polytechnique and Visiting Professor at Stanford and Oxford University. He has been Chair Professor at Collège de France in 2011-12 and Francqui Chair Professor at Namur University in 2012-2013. He co-founded the company Xyleme in 2000. Serge Abiteboul has received the ACM SIGMOD Innovation Award in 1998, the EADS Award from the French Academy of sciences in 2007; the Milner Award from the Royal Society in 2013; and a European Research Council Fellowship (2008-2013). He became a member of the French Academy of Sciences in 2008, and a member the Academy of Europe in 2011. He is a member of the Conseil national du numérique and Chairman of the Scientific board of the Société d’Informatique de France. His research work focuses mainly on data, information and knowledge management, particularly on the Web. Home page: http://abiteboul.com/resume.html

A principled approach to the performance-vs.-programmability trade-off 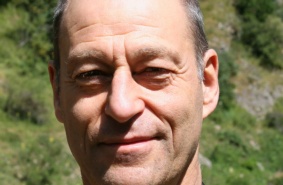 understand but is slow, expensive, and is unavailable when the system partitions.  Eventual consistency (EC) can be cheaper, faster, and more scalable, but is hard to understand and get correct.  We explore the spectrum between those two end-points, from the perspective of parallelism, availability and responsiveness on the one hand, and the ease of programming and maintaining invariants on the other.

When concurrent updates to replicated data are allowed, ensuring convergence is complex and often ad-hoc.  We propose a simple, scalable, but somewhat restrictive programming model, Conflict-Free Replicated Data Types (CRDTs).  Some simple sufficient conditions ensure that all replicas of a CRDT object converge to a correct state, without requiring synchronization or rollback.  CRDTs are safe by construction, and remain responsive, available and scalable despite high network latency, faults, or disconnection.

Bio: Marc Shapiro is a researcher in distributed and concurrent systems at INRIA in Paris (France).  His research topics include large-scale distributed computing systems, focusing on data replication and consistency, especially in the wide area and in disconnected operation.
After his PhD at LAAS (Toulouse), Marc Shapiro did his research at MIT (Cambridge, USA), CMIRH (Paris, France), INRIA (Rocquencourt, France), Cornell University (Ithaca, USA), Sun Microsystems (Chelmsford, USA), and Microsoft Research (Cambridge, UK).  He is currently a senior researcher for INRIA in the Regal group (INRIA-LIP6). Home page: http://lip6.fr/Marc.Shapiro/